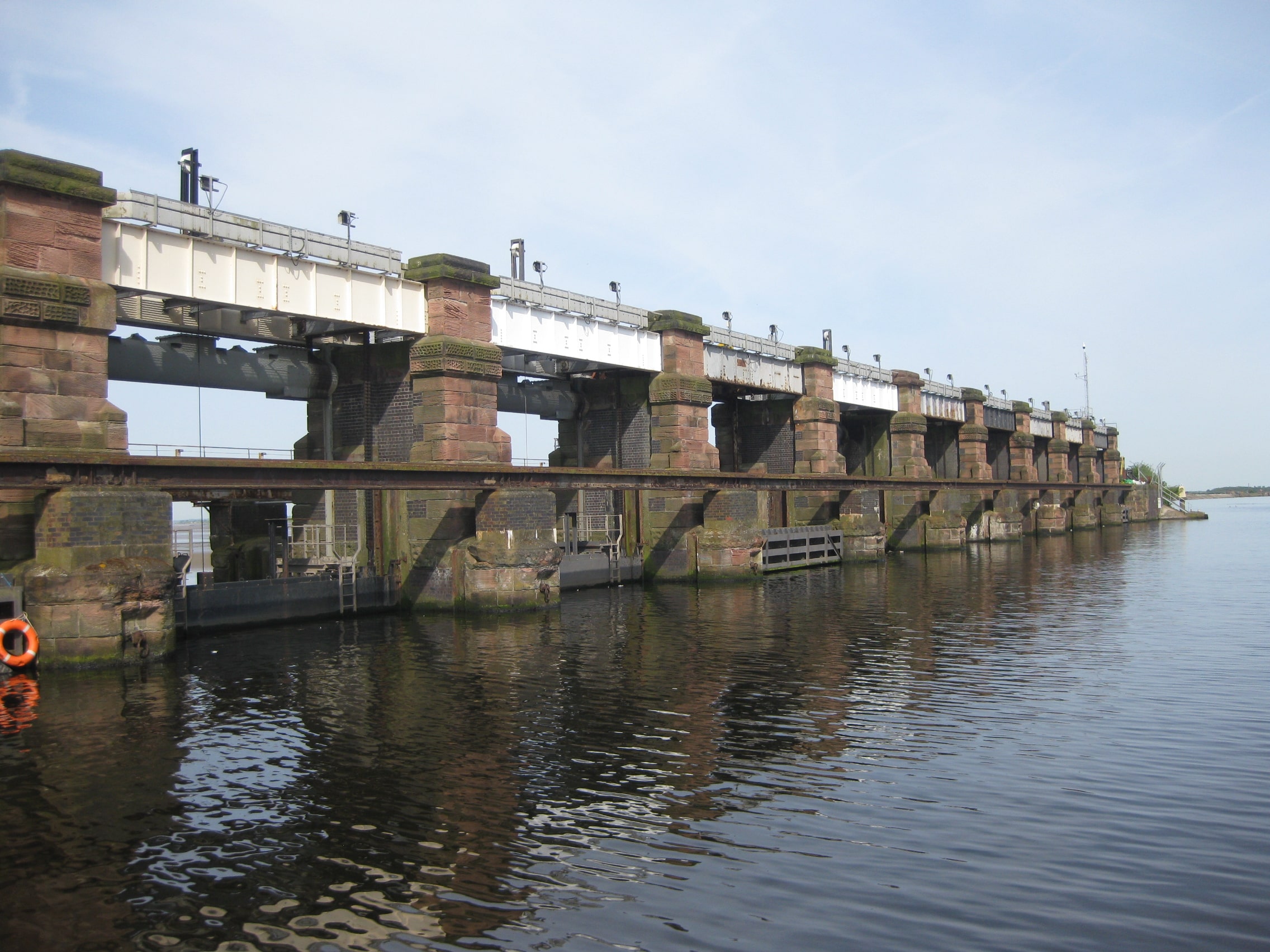 Initial works included erecting the wave barriers within the main site compound at Runcorn Docks, ready for transportation to the work face. This involved fixing 8no timber members to each side of prefabricated steel sections. In total, 10no. wave barriers were erected in this way. In order to transport the wave barriers and all associated plant/materials to the sluice gates, a Buffalo Barge was used. Access to the barrier abutments was obtained via a series of existing steel walkways. Following isolation of the sluice gates, shear connectors were fixed to the sandstone abutments, which were subsequently re-profiled. Prior to installing the wave barrier guides, all marine growth and debris was first cleaned from surrounding masonry including the barrier channels. Once the barrier channels were prepared, the guides were lifted into position using a semi goliath crane, and fixed to each abutment. The pre-assembled wave barriers were then lifted by the crane and lowered into the guides, coming to rest on the lower seating plate. To prevent uplift of the barriers, top stops were fixed at the top of the abutments.

In delivering the works, temporary access frames were used when installing the barrier guides, and arrestor plinths. This ensured the site team could safely access all areas of the structure whilst working within this challenging environment. Works to the lower sections of the structure were planned in accordance with tidal restrictions. An excellent standard of health and safety was maintained throughout, on a scheme which involved working within a remote location where the only access to the structure was via boat/barge. In addition, careful consideration was given to the limited working space available when lifting the wave barriers into position.  When working on the structure all operatives were secured via harnesses to an arrestor wire to minimise risk when working at height.