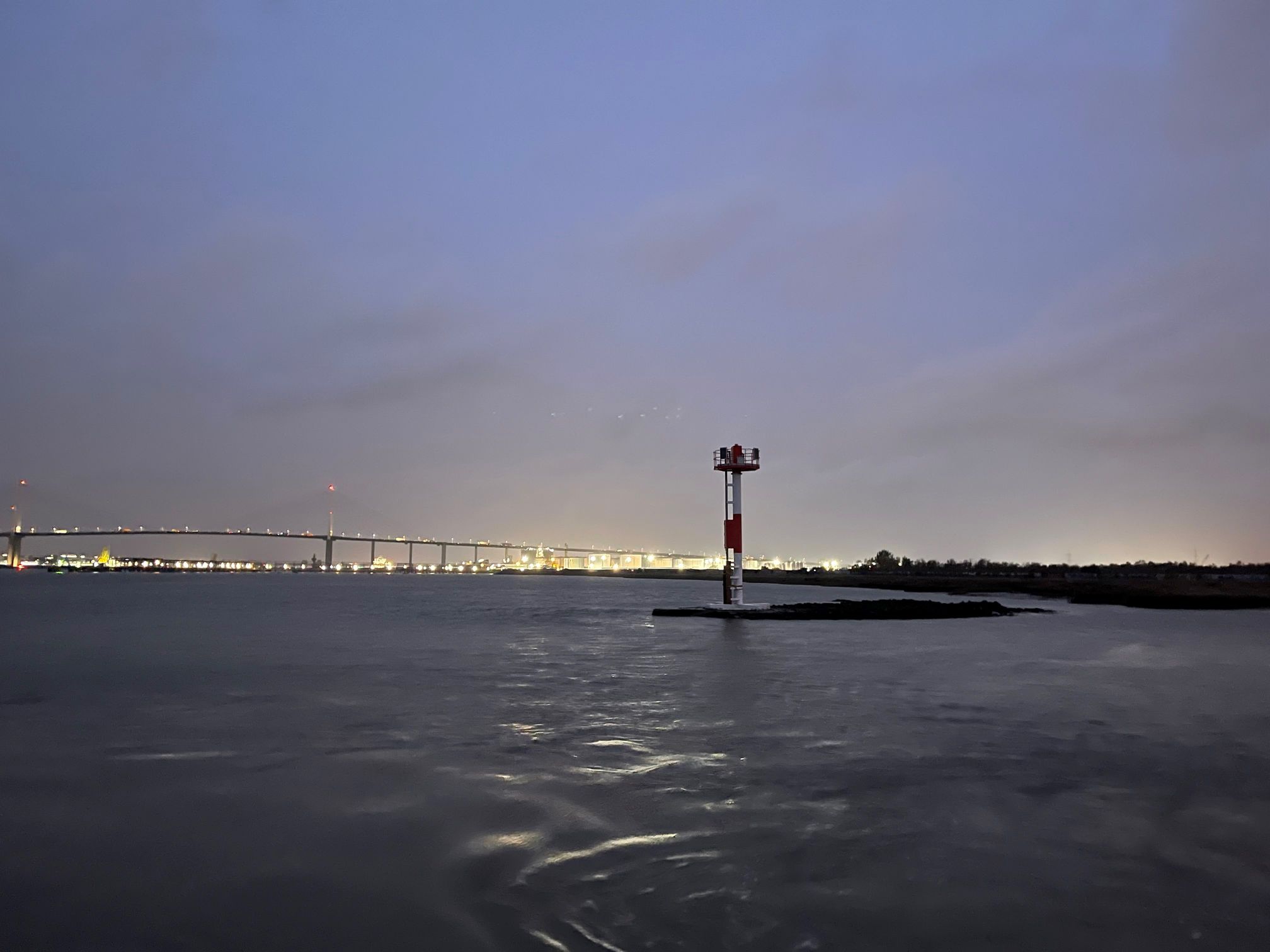 Stoneness Lighthouse is located on the north bank of the River Thames near Dartford Bridge. The structure is heavily relied upon by vessels to ensure safe passage to a number of the UK’s largest port facilities. The project involved the complete replacement of the structure, with works progressed from specialist marine plant due to the remote location of the lighthouse. The structure is located within West Thurrock Marshes SSSI, a site which is subject to overwintering birds. As a result, site works were restricted to between the months of June and October.

A land-based compound was established at Tilbury Docks, which included a load out facility to enable the transportation of plant and materials to the site location. Due to the extent of riprap located around the lighthouse foundation, the Jack Up Barge was located 15m from the centre of the structure to avoid damage to the vessel. Initial works included removing associated services from the structure. The existing lighthouse was then dismantled from its current position in sections using a crawler crane positioned on the Jack Up Barge.

The new lighthouse was prefabricated off site, with all sections painted in client specified coatings. Prior to installing the new structure, the existing concrete base slab was cleaned of all marine growth. Anchor bolts were then drilled into the deck slab allowing the base grillage to be fixed into position. All three sections of the lighthouse were then slung into position before being checked to ensure the correct levels were achieved. Once confirmed the required fixings were installed to secure the structure. The new lighthouse includes an access ladder with hardwood fenders installed at either side. Once the lighthouse structure was installed, lightning protection and navigation lighting was installed prior to reconnecting power.

With the site located within a tidal environment only accessible via the foreshore, the works were delivered using a Jack Up Barge and supporting multi-cat vessel. In positioning the barge within the busy Thames Estuary, daily communication was maintained with the harbourmaster, with advanced notice of vessel movements provided.