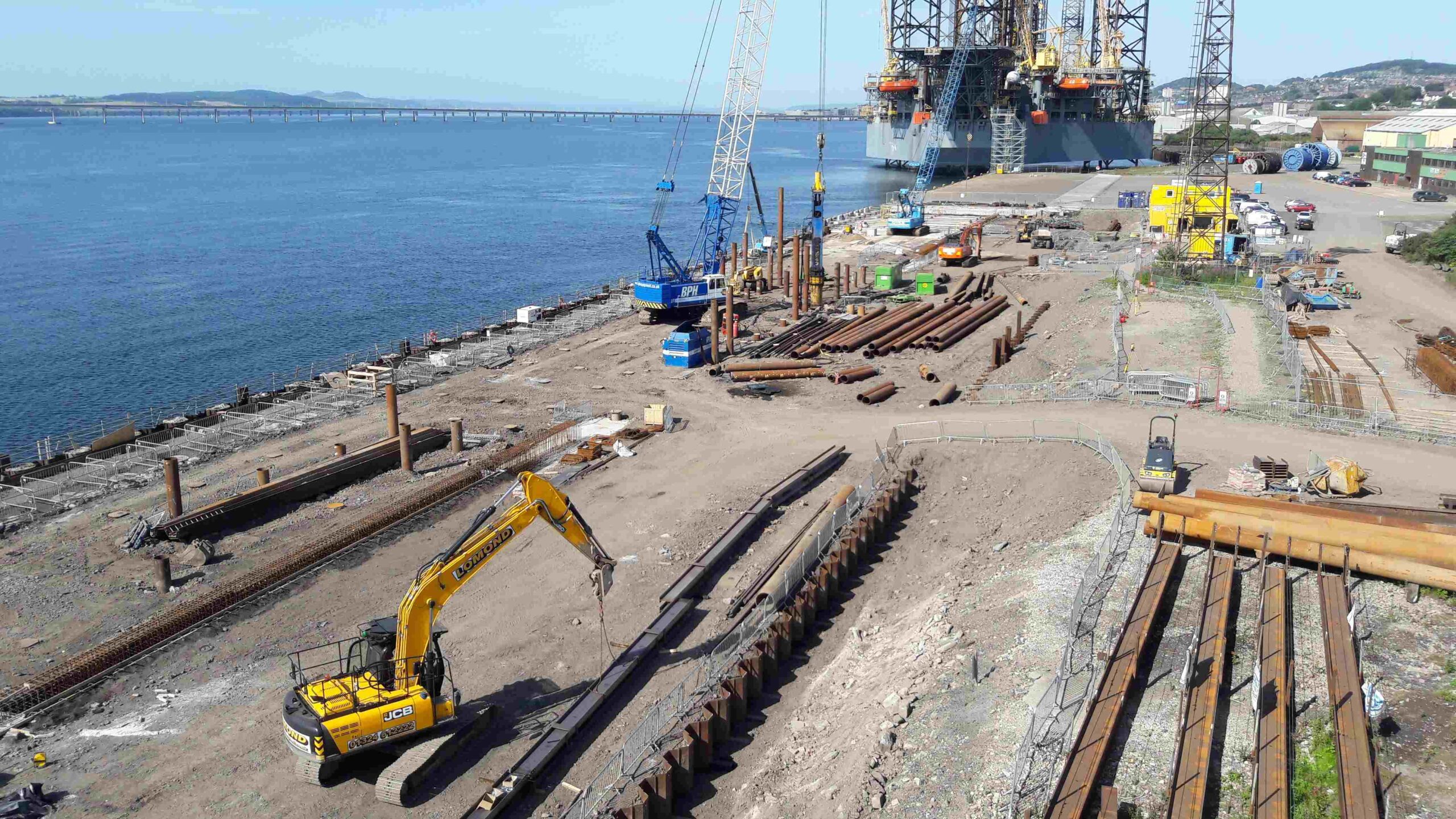 In February 2017 works commenced on Prince Charles Wharf Extension at the Port of Dundee. The existing structure has lain un-operational for approximately 13 years and had suffered significant failures both during the original construction (2002) and after initial remedial works were undertaken.

These works were planned to restore the wall and quayside to full operational use and provide an enhanced level of deck loading than had been originally designed for. The quayside development was approximately 200m long and an operational area of 40m wide this was created by introducing new piling, tie rods and precast concrete units. The new quay featured a 50m x 40m heavy lift area this allows the facility to handle ever increasing loads.