In 2010 Southbay were contracted to carry out concrete repairs under the existing 150m long quay at Neptune Energy Park in Walker, Newcastle. The works involved hydro-demolition of the exisiting decaying concrete, replacing corroded reinforcement and installing spray concrete, the repairs were required to maintain the loadings on the quay. Repairs to the soffit totalled 130m2 and 80no columns were repaired during the works.

Southbay were also contracted to carry out the construction of a new 150m long quay for Shepherd Offshore which forms part of the Neptune Energy Park facility. A combi piled wall with tubular anchor piles and tie roads was installed and 305×305 bearing piles were installed under the loadout quay. Within the quay a 27m x 27m heavy load out area with a capacity of 10t/m2 was constructed with the remaining concrete deck having a capacity of 5t/m2.

The precast units for the quay wall were built ‘in-house’ and installed along the full length of the quay. New mooring bollards and access ladders were also installed. 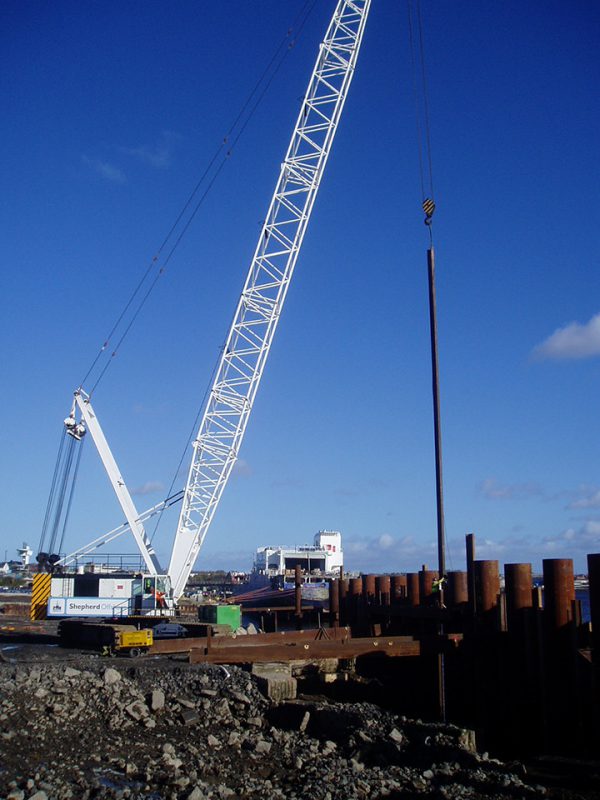 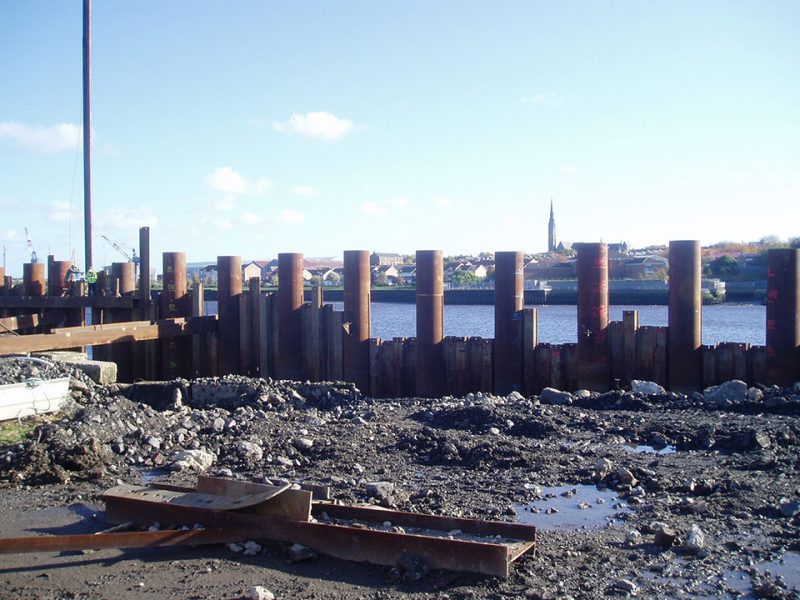 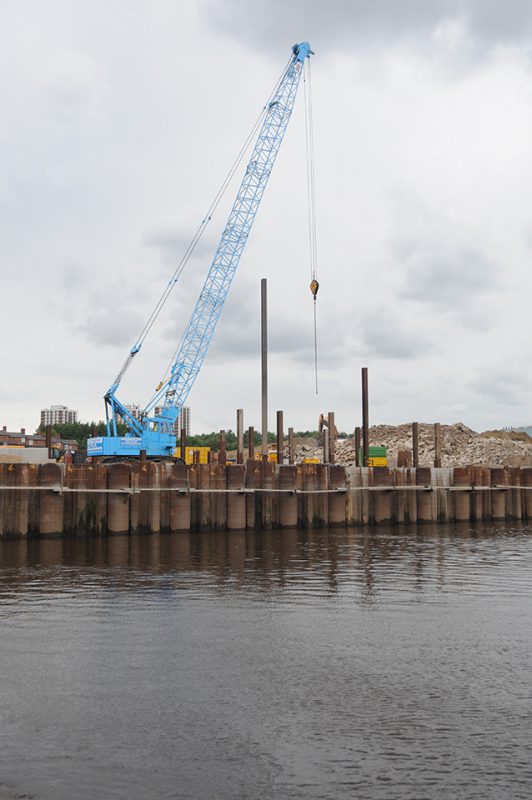 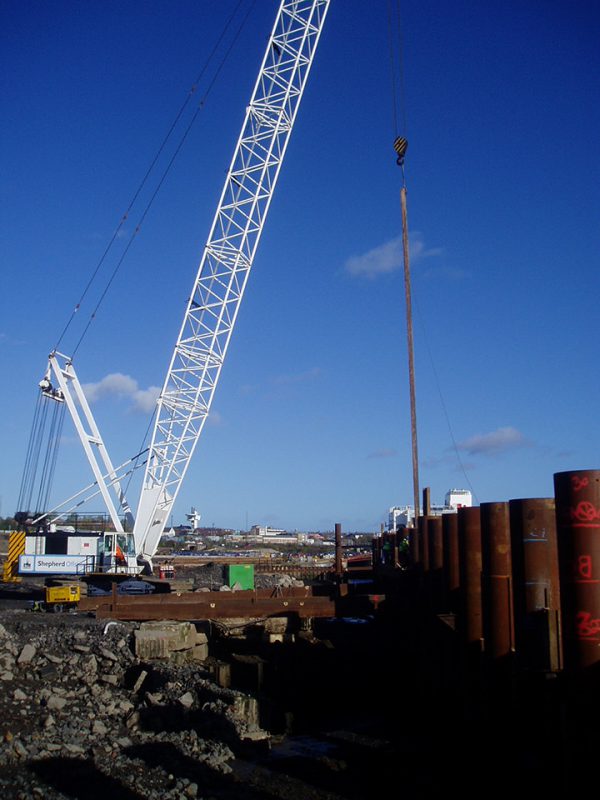 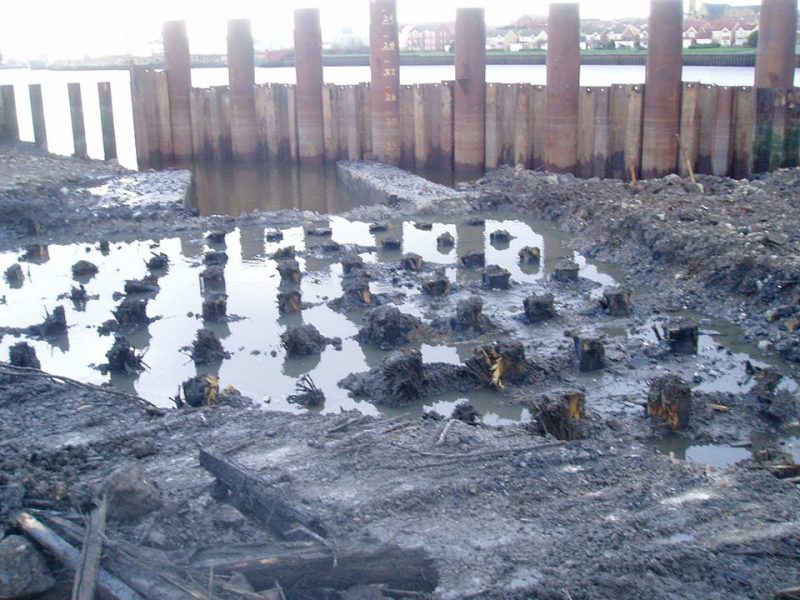 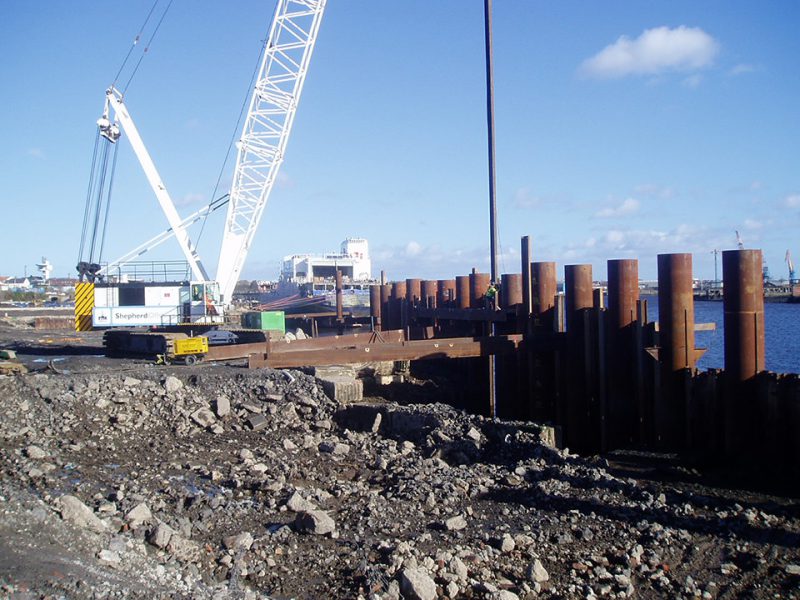 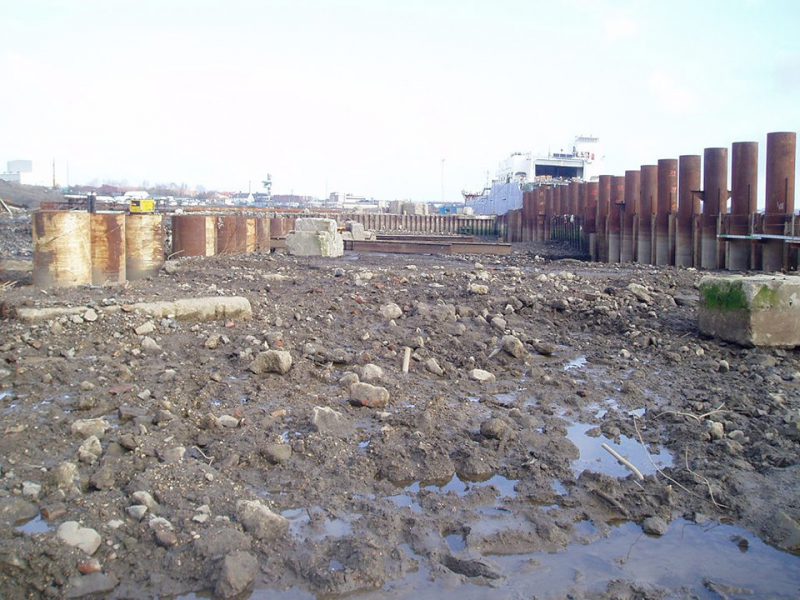 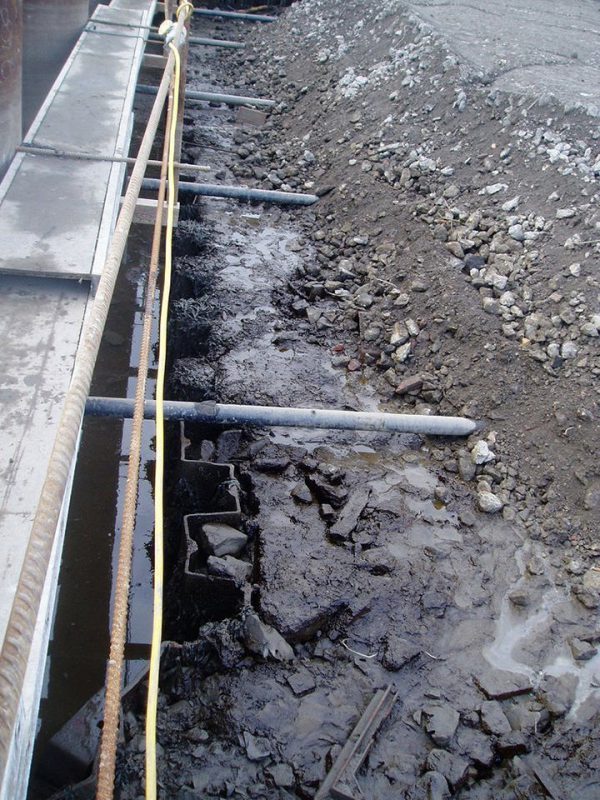 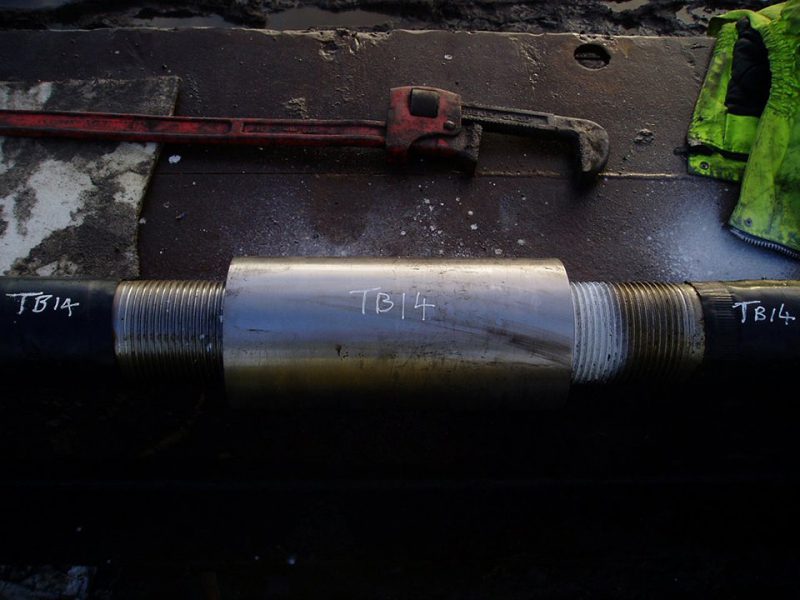 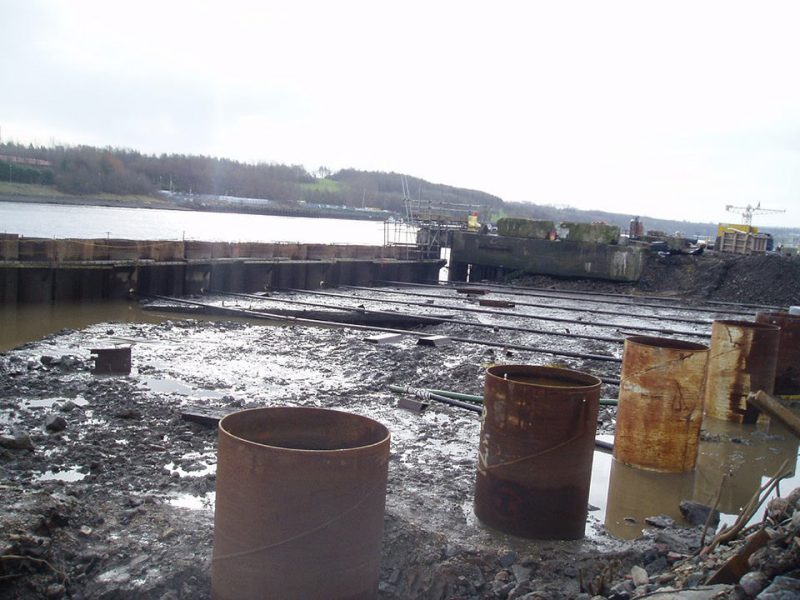 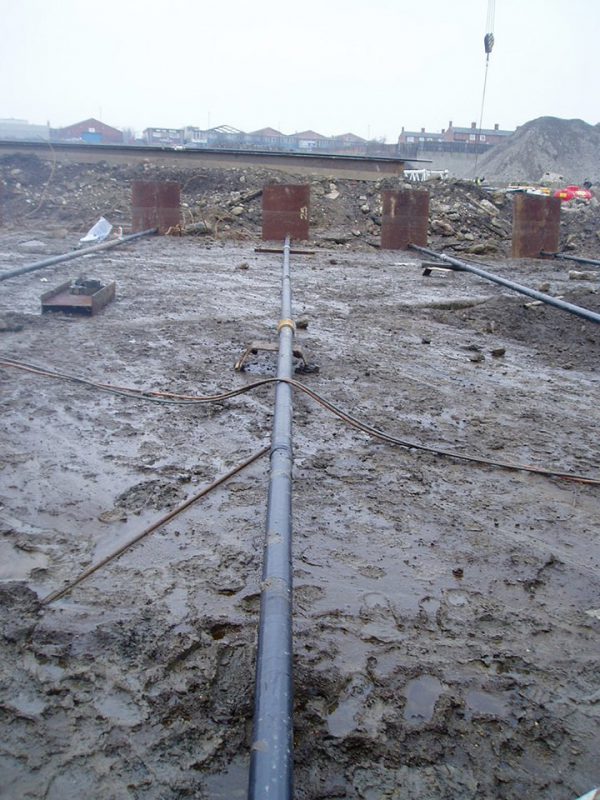 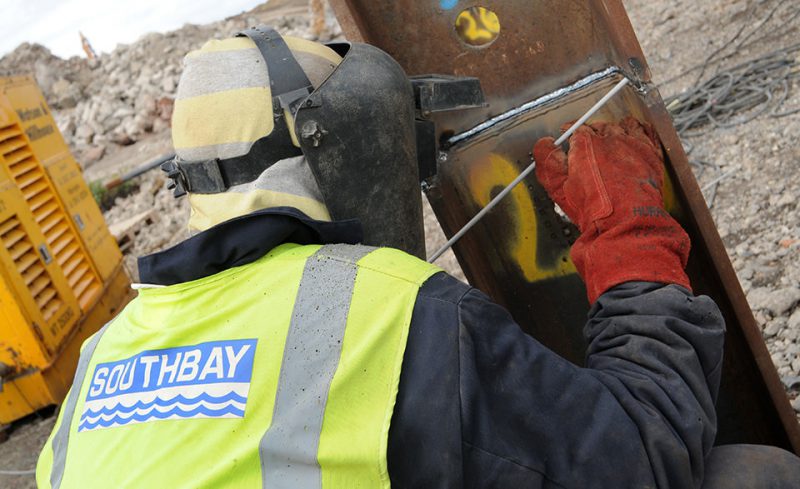 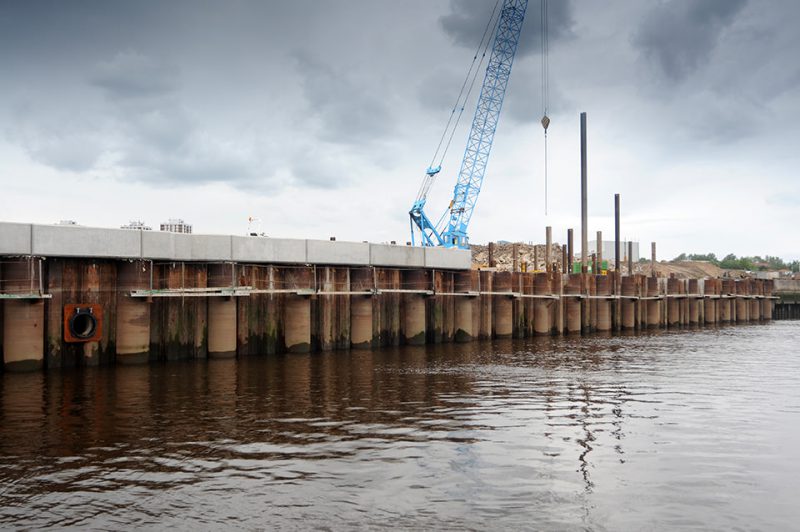 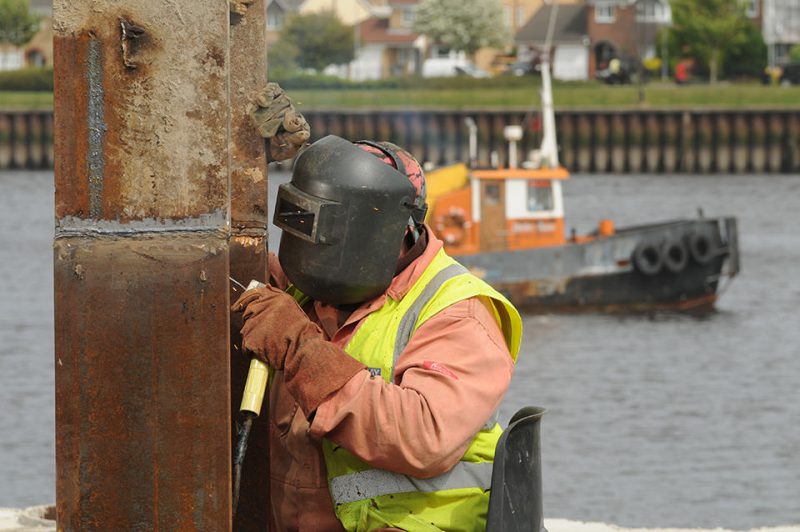 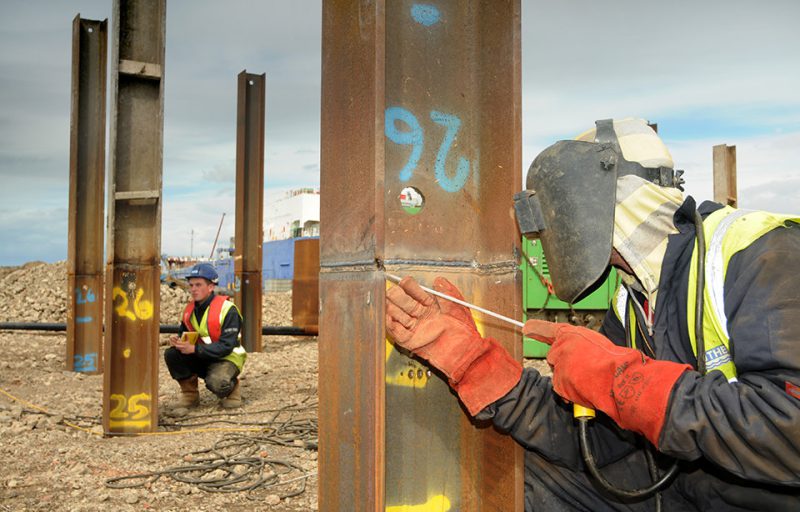 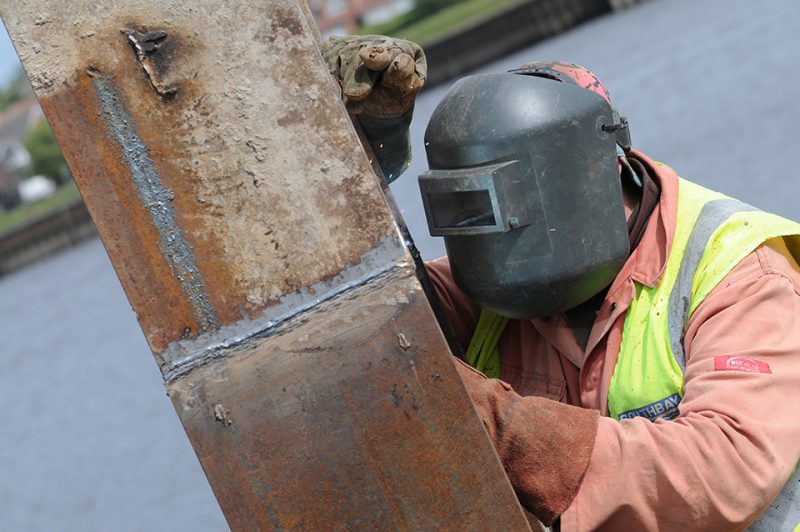