Endeavour Wharf is located on the west side of Whitby Harbour. The Wharf consists of a 375m length of steel sheet piles of which two sections, originally installed in the late 1950’s, had significantly deteriorated, with corrosion evident throughout. Following discussions with the harbourmaster and council, the works were carried out in 4no. phases so as to limit disruption to those using the harbour.

Initial works involved breaking out and excavating the existing deck down to the relieving slab. The inside face of the existing sheet pile was then jet washed and covered with a layer of visqueen. The relieving slab was also jet washed before dowels were drilled and resin fixed at predetermined locations. This allowed for 6no. lightweight concrete pours which formed the new deck slab. Following completion of the concrete works, the top of the existing sheet piles, which were heavily corroded were then removed along with the upper section of the timber fendering which required replacing due to wear and deterioration.
New sections of timber fendering were then spliced, drilled and fixed to the lower section and then attached to the newly cast concrete using resin fixings. High density plastic rubbing strips were then attached to the timber fenders. Timber edgings were then drilled and fixed to the top of the
edge of the new concrete quay. Finally dowels and reinforcement were fixed to form the new deck slab, which tied into the existing slab, concrete was pour and was given a brush finish. 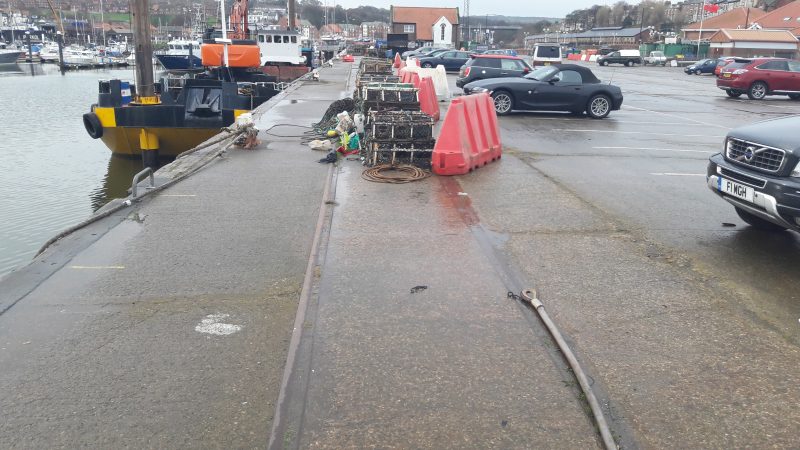 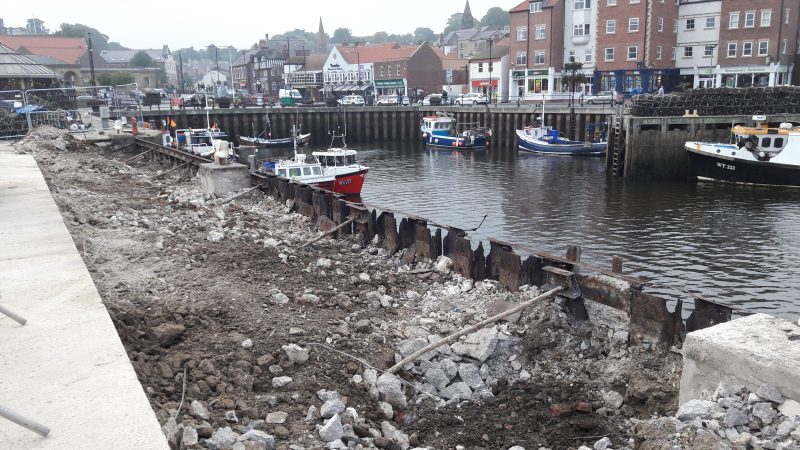 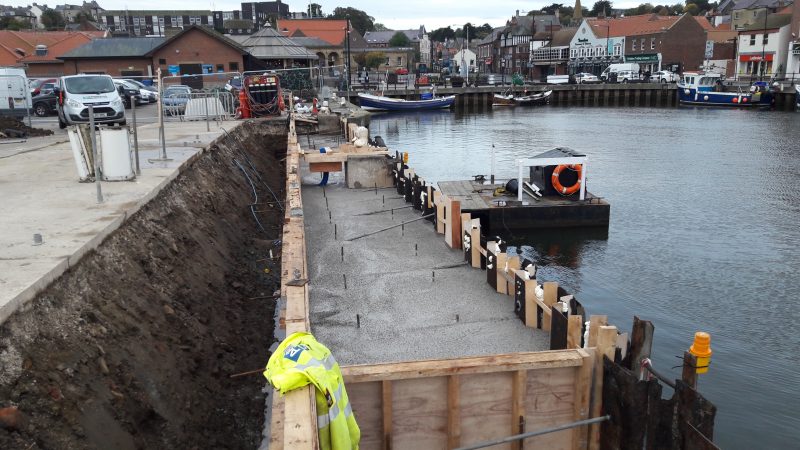 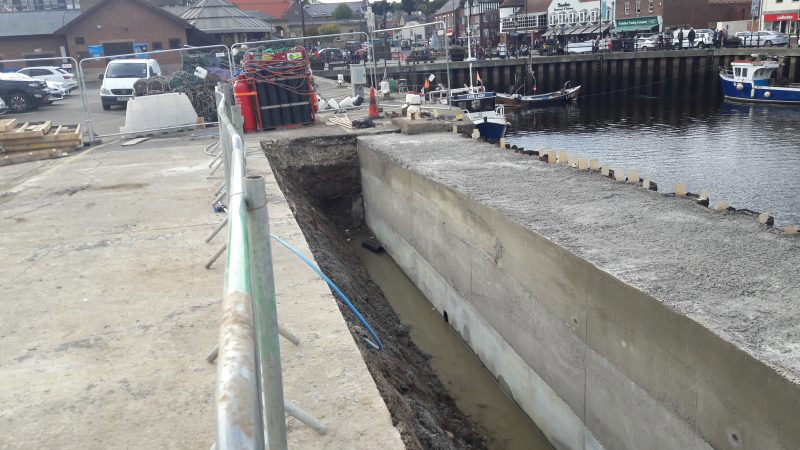 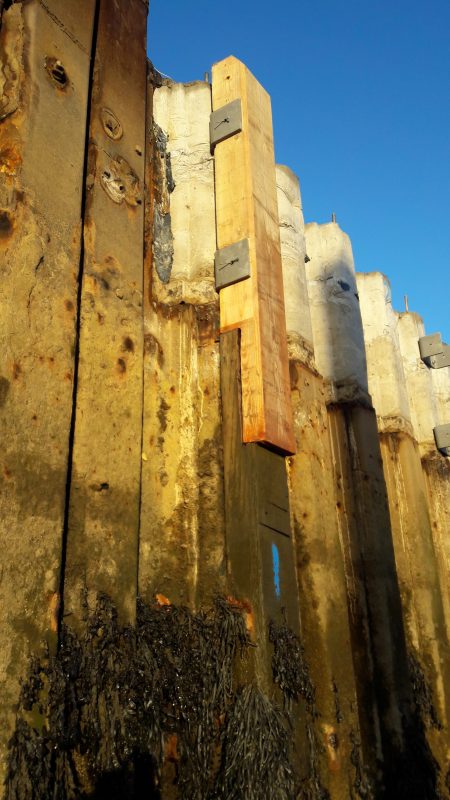 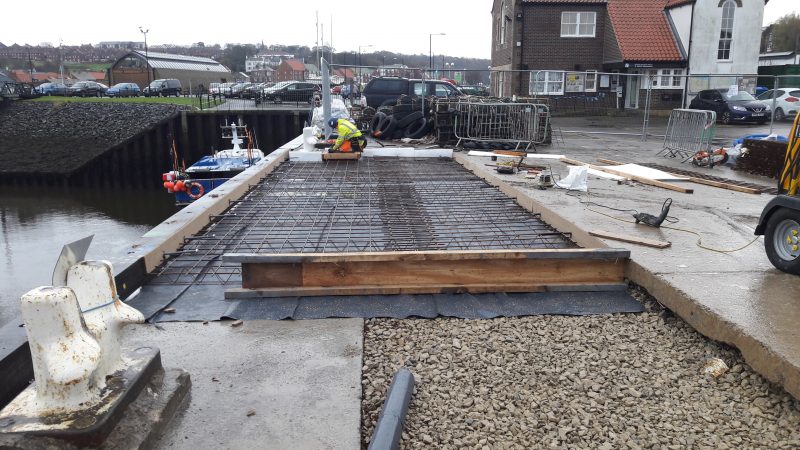 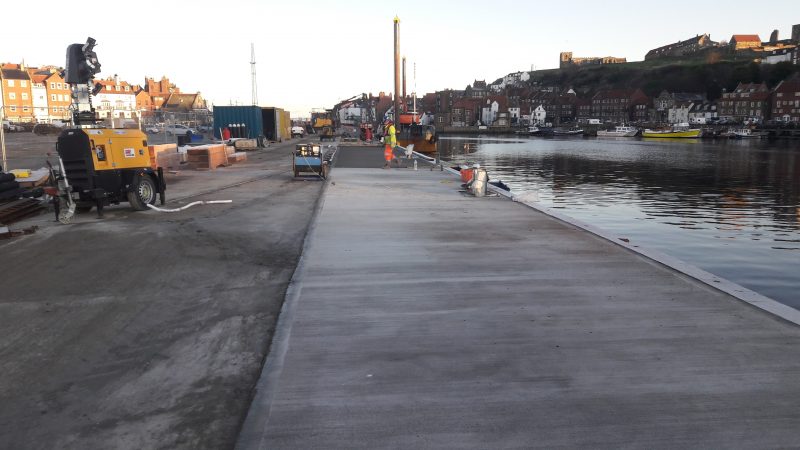 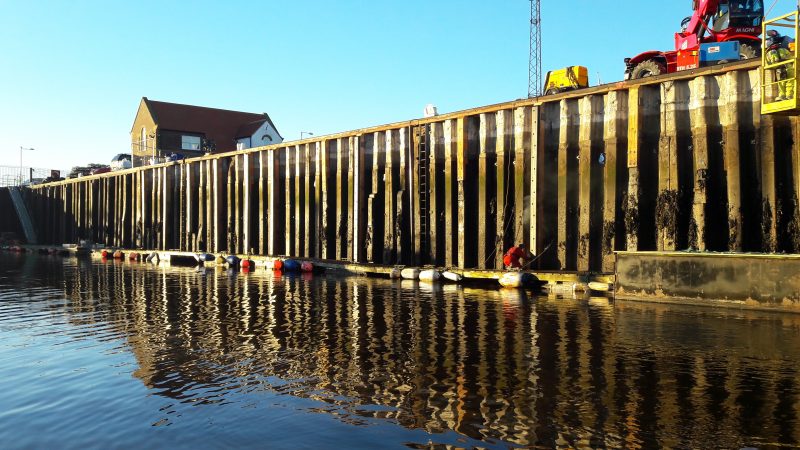 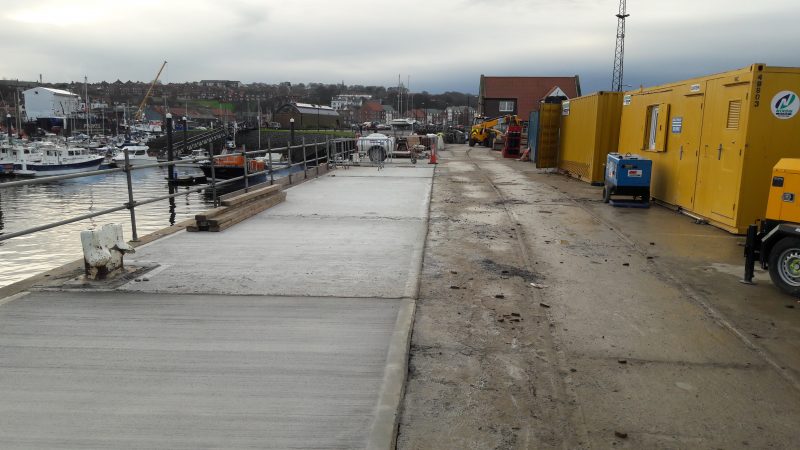