Works commenced in October 2013 on repairs to the seawall at Methil, Fife. The site of the former power station which was demolished in 2011 is to be handed back by Scottish Power to Forth Ports on completion of the repairs.

The seawall is approx. 630m in length and is split into 7 work areas. All works to the face of the wall are governed by tidal movements. Throughout the scheme, the existing concrete seawall requires repairs ranging from fractures to void filling, within the scope are replacement of large blocks to form the revetment and setting these on a concrete bed. 7,200 tonnes of rock armour will also be imported and placed at the foot of the revetment.

Prior to starting the contract works on site, emergency repairs were carried out to fill a large void which had appeared. 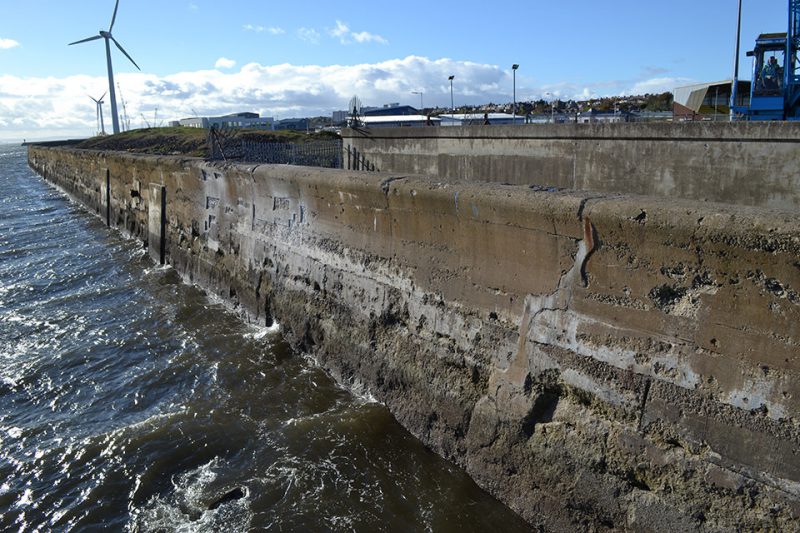 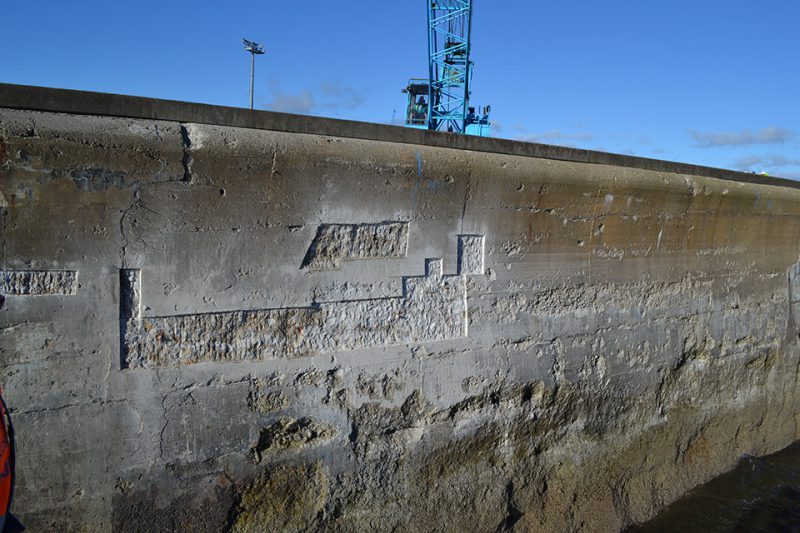 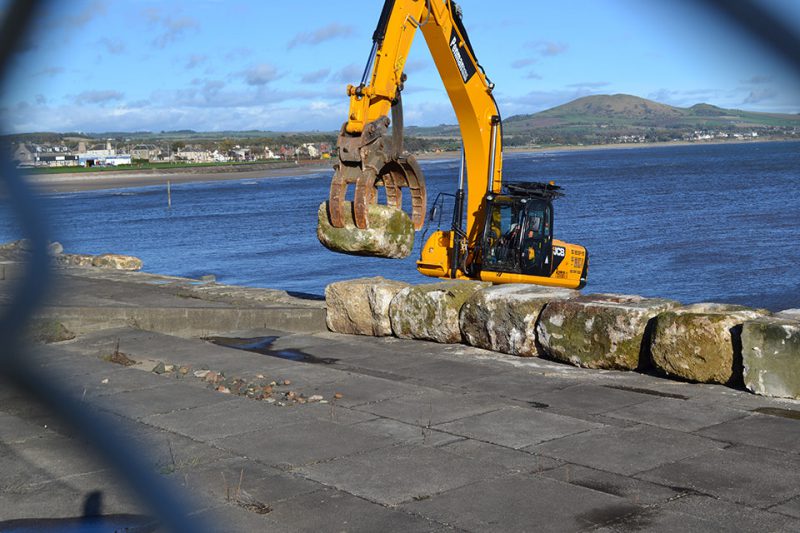 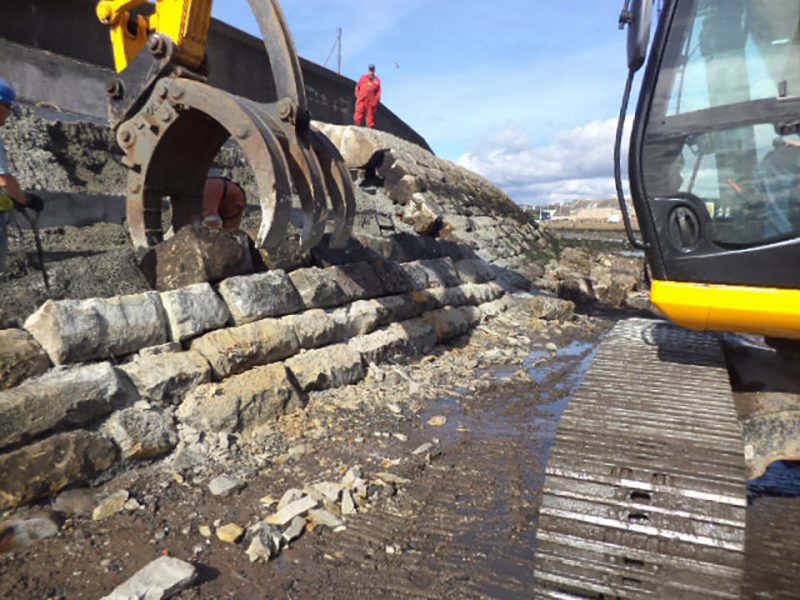 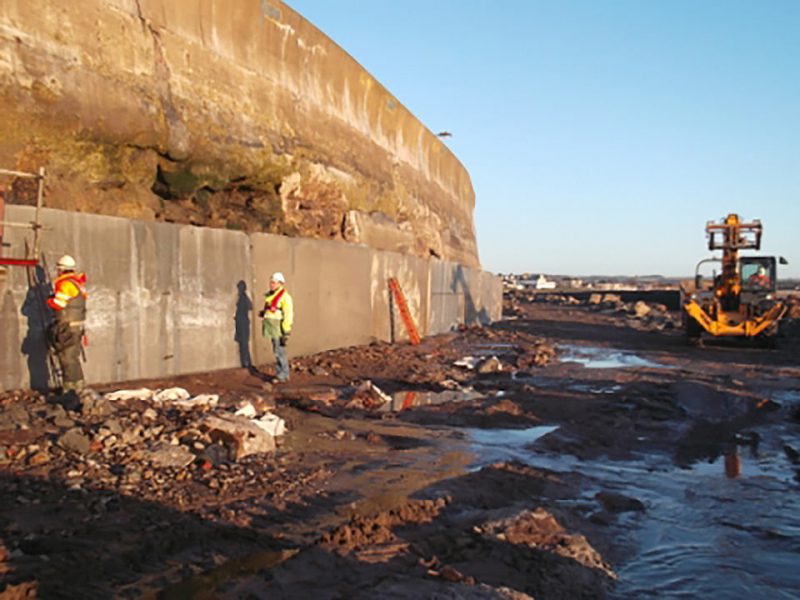 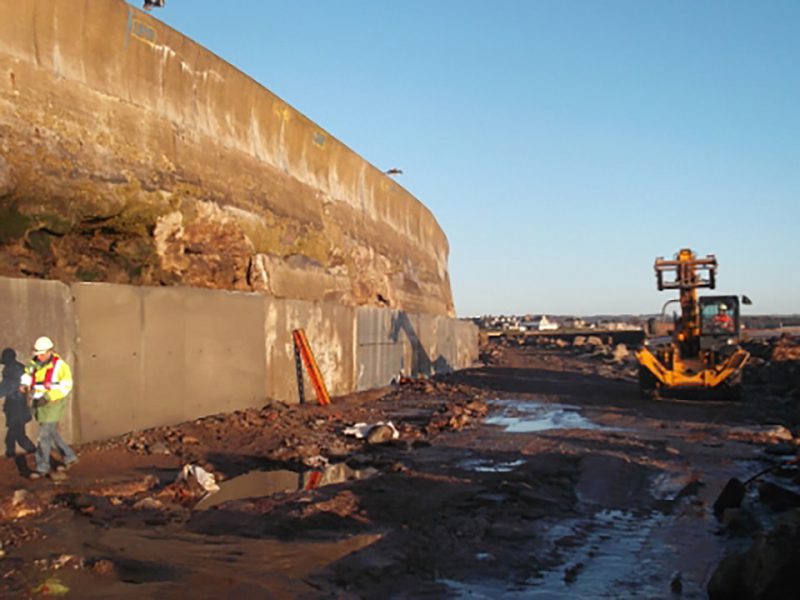 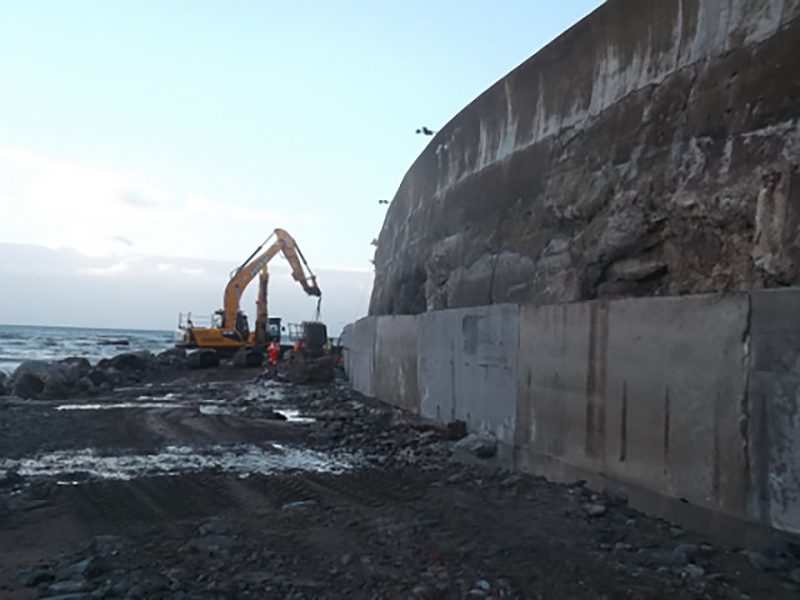 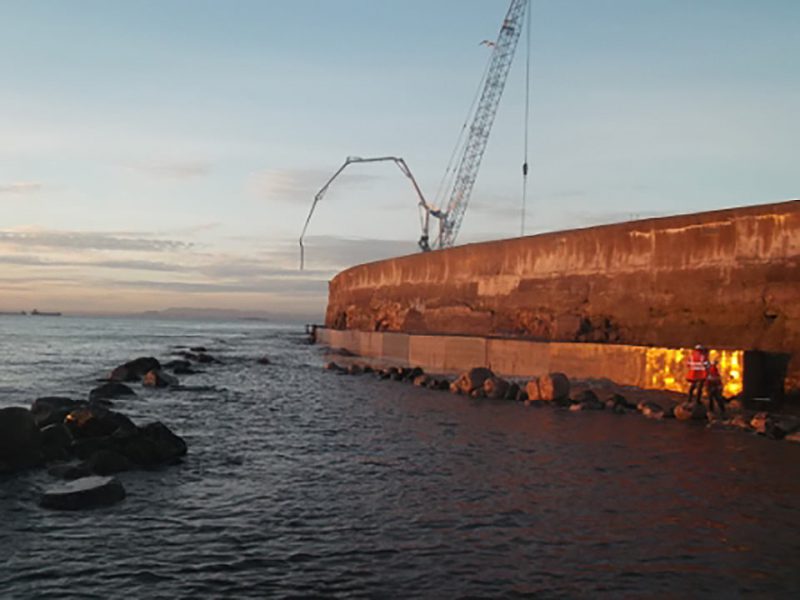 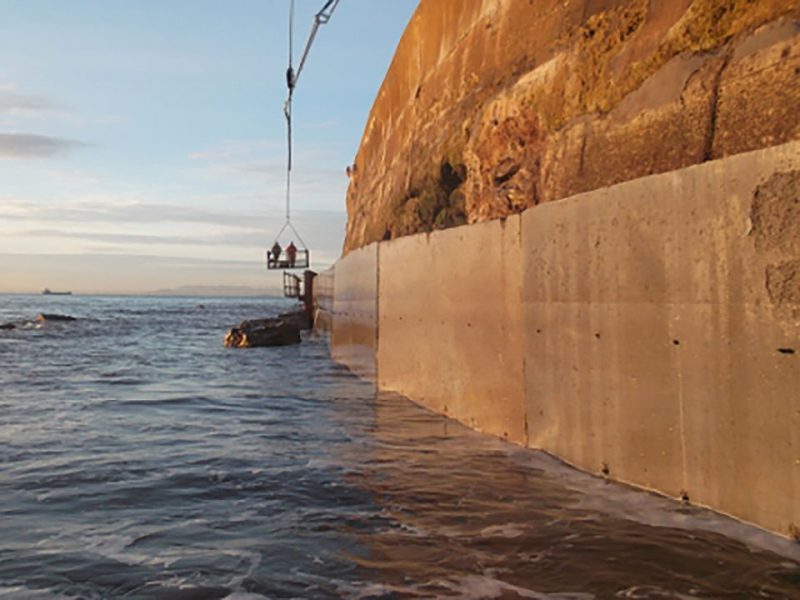 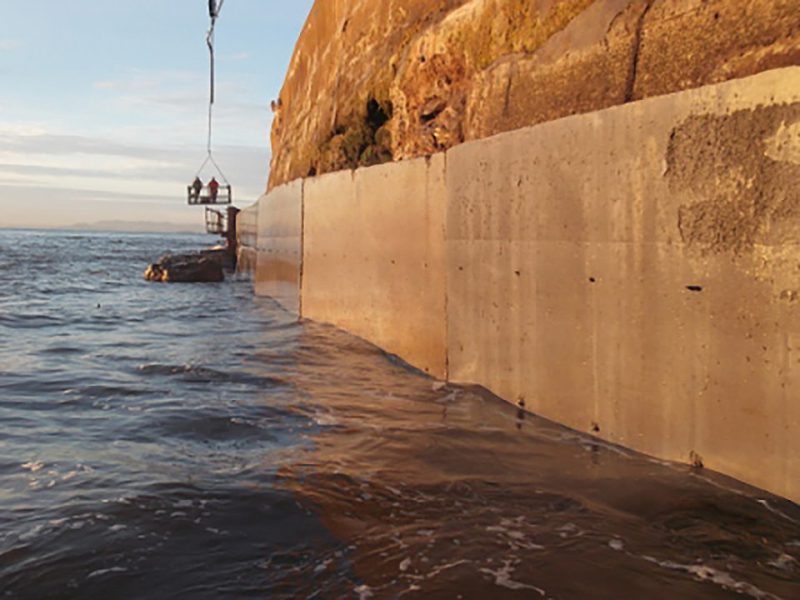 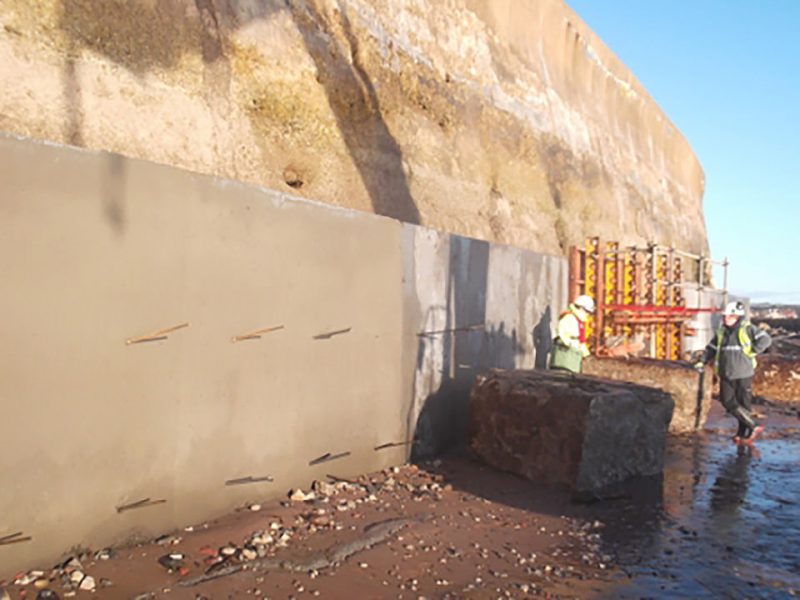 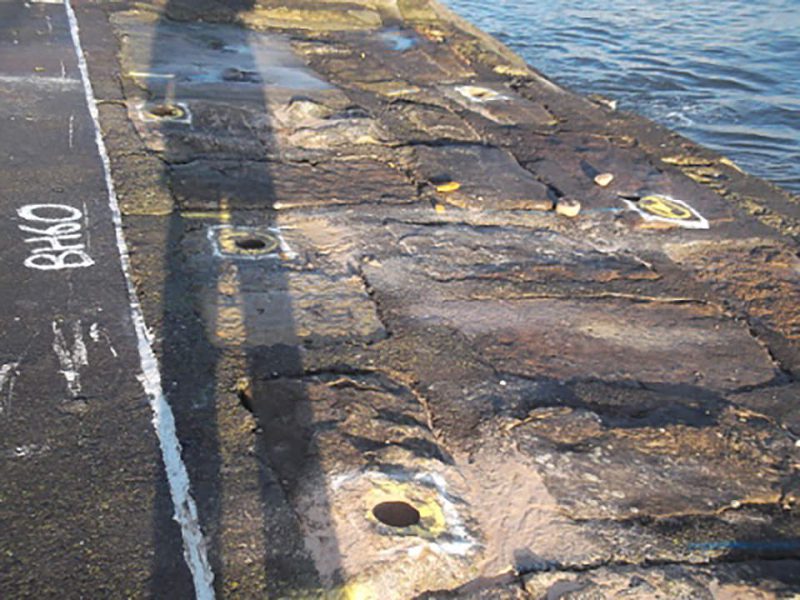 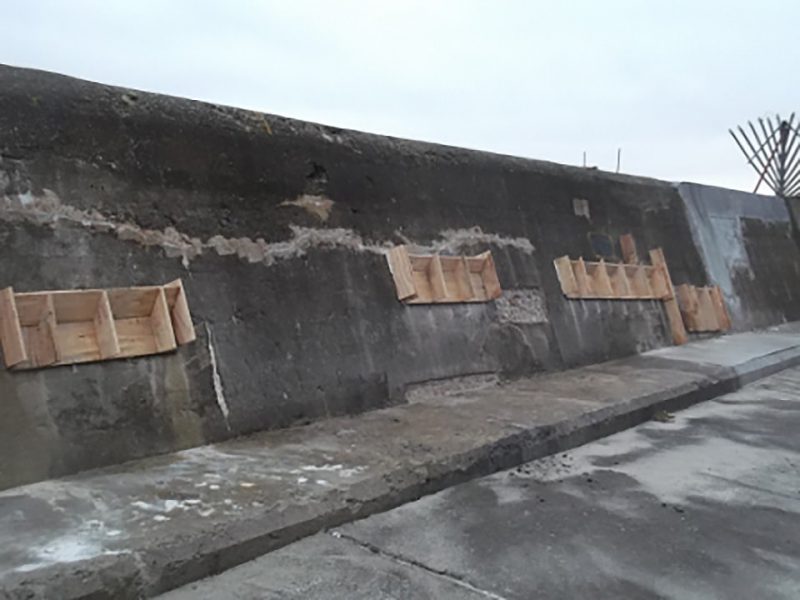 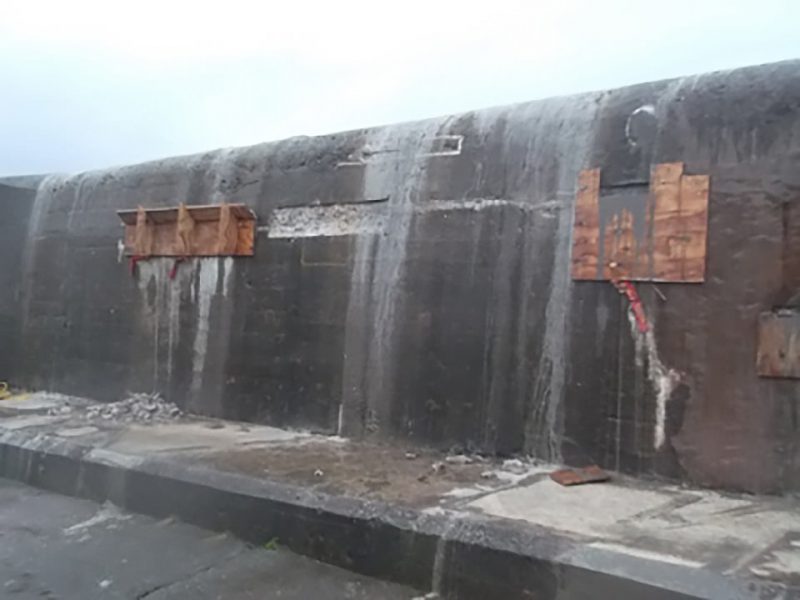 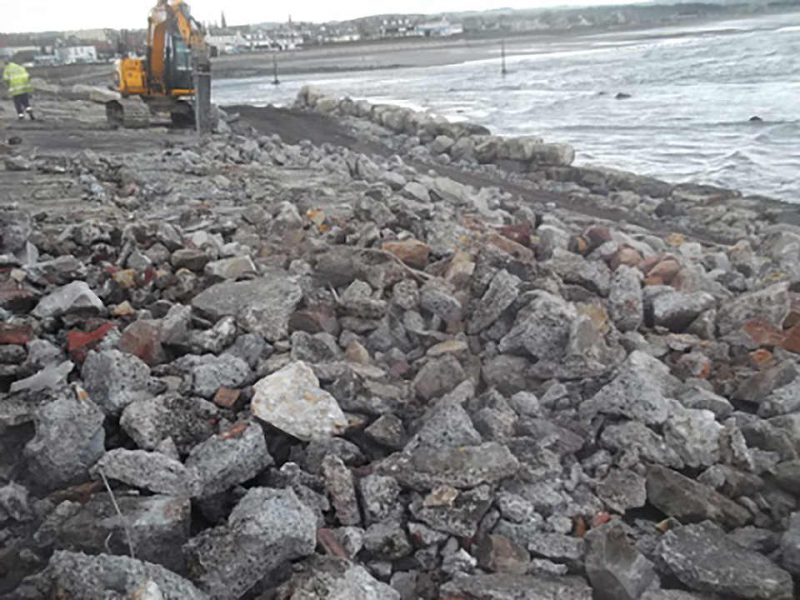 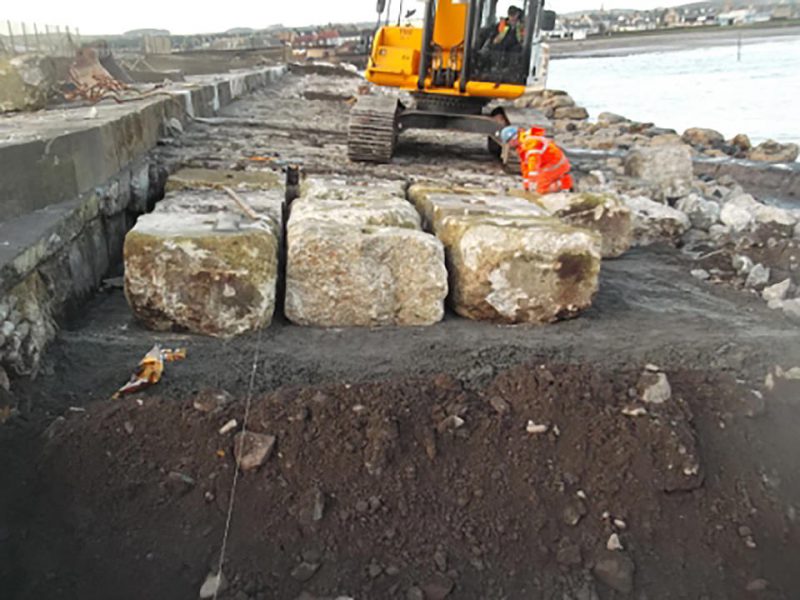