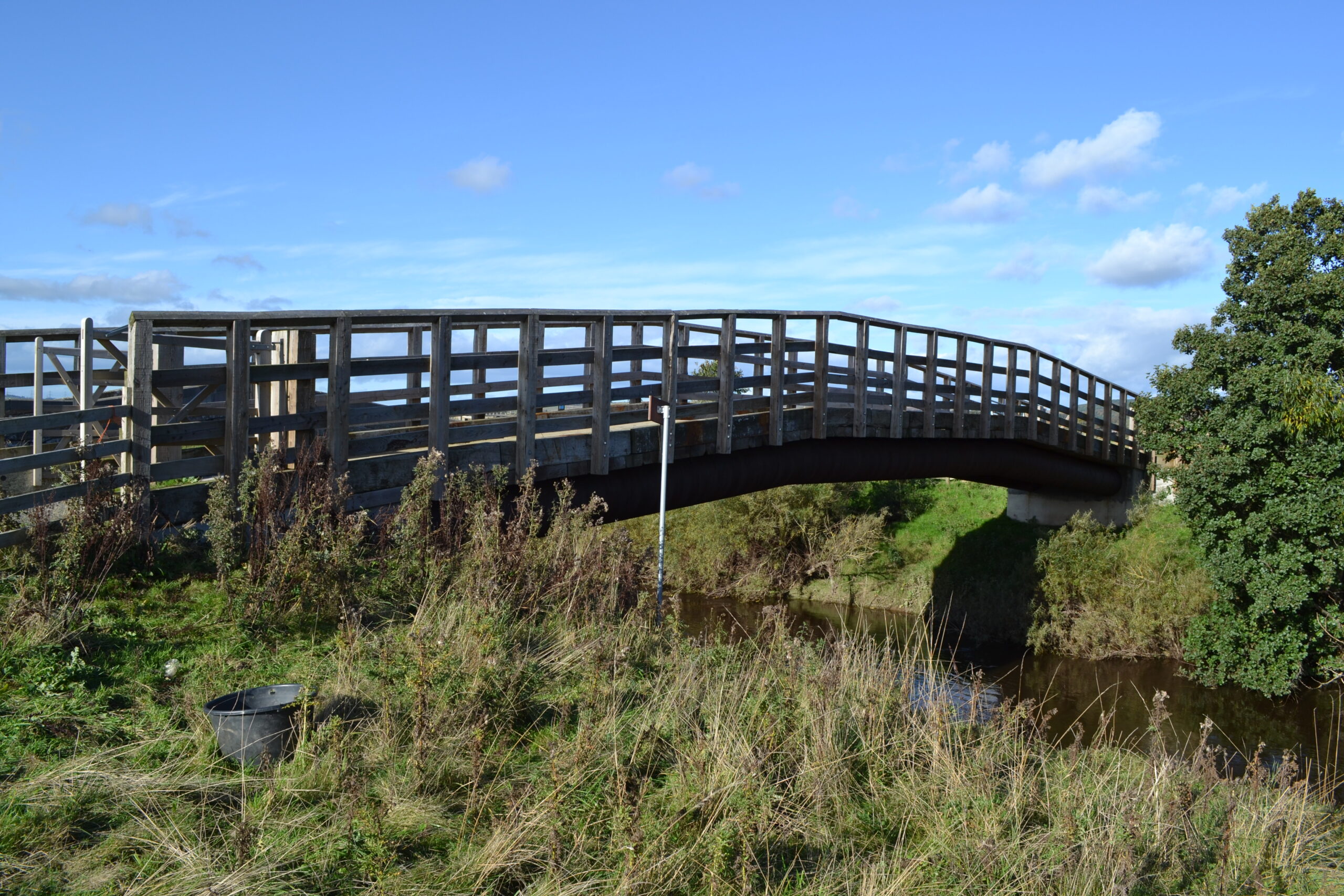 Northumberland County Council contracted Southbay to install a new bridge over the River Till on the edge of Doddington, Wooler in 2011. The existing stone bridge had started to show signs of subsidence after the floods of 2008 and a replacement was needed.

The new bridge was positioned approx. 25m south of the stone bridge. 4no tubular piles were driven into the river banks and precast abutments and wing walls were positioned on top of them. Tubular bridge beams were placed across the river onto the abutments and a timber deck and handrails were installed. Stone access ramps and footpaths were landscaped to both sides of the bridge.

The bridge was officially opening on 23rd March 2012 by representatives from Northumberland County Council, Southbay Civil Engineering and the local farmers and land-owners.

The Northumberland Gazette and the Berwick Advertiser both featured an article on the opening.